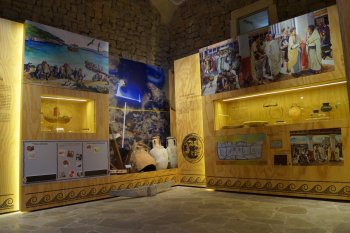 The Romans called Majorca and Minorca Baliares, and Ibiza and Formentera Pityusae.  Phoenician settlers and, later, Carthaginians who inhabited Pityusae were, for centuries, the main point of contact between the islanders and the outside world. In fact, they drew Rome’s attention to Balaires.

Another source of information about the islands cam from the writings of Greek authors, such as Diodorus of Sicily (1st century BC):

«There are other islands lying opposite Iberia, which the Greeks call Gymnesiae because the inhabitants go naked of clothing in the summer time, but which the inhabitants of the islands and the Romans call Baliarides because in the hurling of large stones with slings the natives are the most skilful of all men. [. . .] Both islands have good land which produces fruits, and a multitude of inhabitants numbering more than thirty thousand, but as for their food products they raise no wine whatsoever; consequently the inhabitants are one and all exceedingly addicted to indulgence in wine because of the scarcity of it among them.» [Diodorus Siculus, Book 5, Chapter 17]

When the Romans arrived in Sicily at the beginning of the 3rd century BC, they were met by the Carthaginians, who also intended to extend their influence throughout the Mediterranean. After several clashes between these two powers, the Romans defeated the Carthaginians in the Second Punic War (218-202 BC) and came to control the Iberian Peninsula, organising it as a Roman province. The islands remained outside the domain of the Romans until Baliares was conquered 123 BC.

Roman settlers soon arrived on the islands, and the local population were exposed to their customs, such as writing and currency, for the first time. Both populations, local and Roman, coexisted for many centuries. Thus, at the height of the Roman period, Manacor had indigenous settlements, like the one at S’Hospitalet Vell, as well as new Roman settlements, such as the Roman villa on the Des Pou de Son Joan Jaume hill.

Much of the material on display in this room comes from the Roman shipwreck known as the “ship of the lamps”. It was carrying lamps and other products when it sank in the 1st century AD in Porto Cristo. 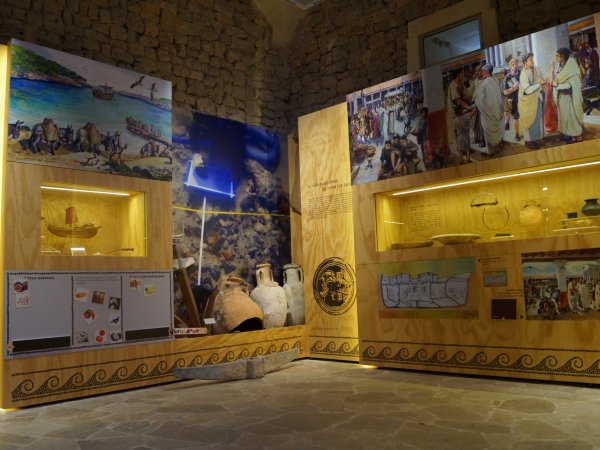 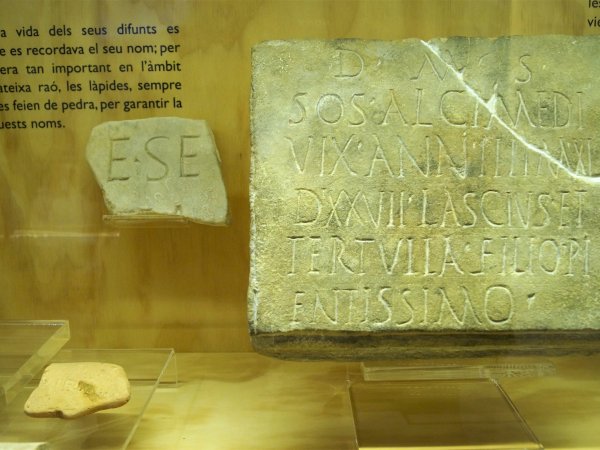 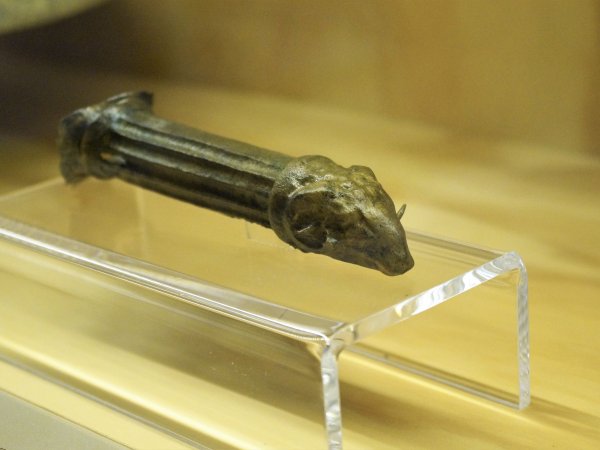 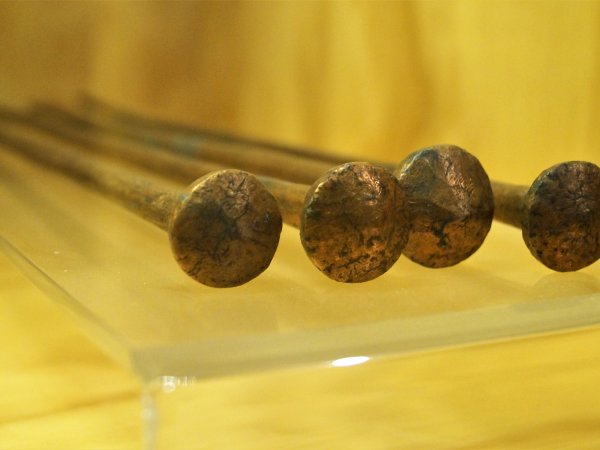 Trade and the new economy

Greek, Phoenician and Roman merchants sailed past the islands on their trade routes to the Iberian Peninsula. Their stopovers gave the indigenous population their first contact with foreigners.

When the Romans conquered the Baliares islands in 123 BC, they settled in the natural ports in order to control the maritime routes between the Italian and Iberian peninsulas. In this way, Roman culture and economy were introduced to Majorca and Minorca. This process, known as Romanisation, was slow, and both the Roman and the indigenous types of economy coexisted on the islands for many centuries.

The indigenous economy was based on cultivation to meet their own needs and on cattle grazing. Since there was no currency, products were exchanged.

The Roman economy, on the other hand, was based on agricultural production and trade throughout the Mediterranean. It would have therefore occupied the best areas of the islands.

The Roman ship which sank off Porto Cristo in the 1st century AD indicates that the natural harbour of Manacor was on some Roman commercial routes. Its cargo of decorated lamps also indicates that there was a demand for manufactured objects by Roman settlers or natives who had adopted Roman customs.

The three amphoras on display were used to transport the three basic products: wine, oil and garum.

Grain, which was another important product, was transported in sacks.

You can also see a Roman anchor on display. The part made of lead, the stock, is original and the wooden part is a reproduction.

We can discover a lot about the domestic life of the Romans from the common objects in the display case: mortars and pestles, pots, cups, and lamps. These pieces came from the Italian peninsula to Majorca by boat.

Roman culture
The Roman conquest brought a significant number of new people to the islands for the first time, and the local population were introduced to their customs. One of the most significant customs that was adopted was writing. Previously, the islanders had not had any need to record their history or legends in writing, since they had passed them on orally.

The Romans, however, had developed writing centuries earlier, and used it to communicate and to leave testimonies that have great historical value today.

In this hall, you can see the remains of Latin writing on stone and ceramic. Roman culture is also expressed by the decorations on the lamps in the display cases and in the sculpture of Bacchus, the Roman god of wine and the vine.

Phoenicians: An ancient civilisation that was established around 3,000 BC on the eastern coast of the Mediterranean Sea, in present-day Lebanon, Syria, Palestine and Israel.

Carthaginians: An ancient civilisation that had first been a Phoenician colony, but eventually became independent. The capital city was Carthage, located in North Africa in present-day Tunisia.

Gymnesiae: The name which the Greeks gave to the islands of Majorca and Minorca.

Settlement: A place which a person or a community inhabits permanently or temporarily.

Garum: A sauce made with fermented fish and salt.