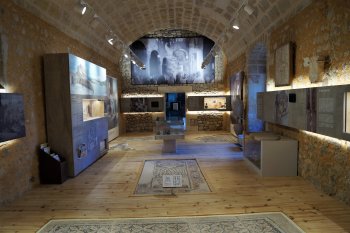 The Son Peretó site was discovered by Joan Aguiló in 1912. It consists of a Paleochristian basilica and its baptistery, an important collection of mosaics, and numerous archaeological materials, such as glass lamps, ceramics and amphorae. The  Manacor History Museum was created as a result of this discovery.

Around 1,600 years ago, at the beginning of the 5th century, the population of Majorca had fully incorporated Roman language and culture into their way of life: they spoke Latin, and worshipped Roman gods. Politically, the Balearic Islands were a province of the Roman Empire. However, this changed in 455 AD, when the Vandal kingdom of North Africa conquered the islands and incorporated them into the new African state, ending six centuries of Roman rule.

Between 533 and 534, the islands were conquered again, this time by the Byzantine Empire, the most powerful Mediterranean state of the time. These were years of important changes caused, above all, by the collapse of the Roman Empire.

One hundred years later, a new Islamic power emerged throughout much of the Mediterranean. Although the first documented invasion of the Balearic Islands by Muslims dates back to the year 707, the islands were definitively conquered between the years 902 and 903.

The period between the Vandal conquest in 455 and the Muslim invasion in 902 is known as Late Antiquity. 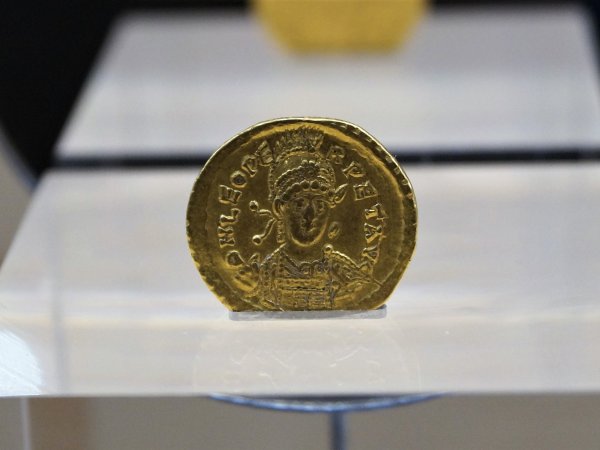 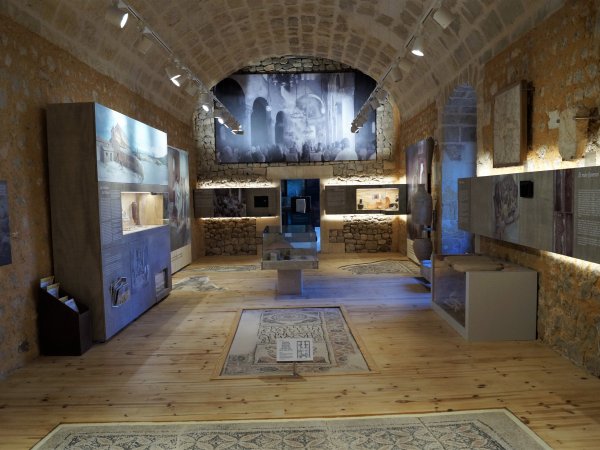 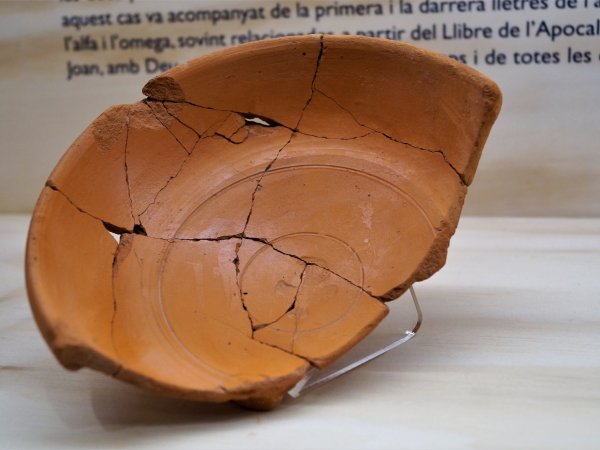 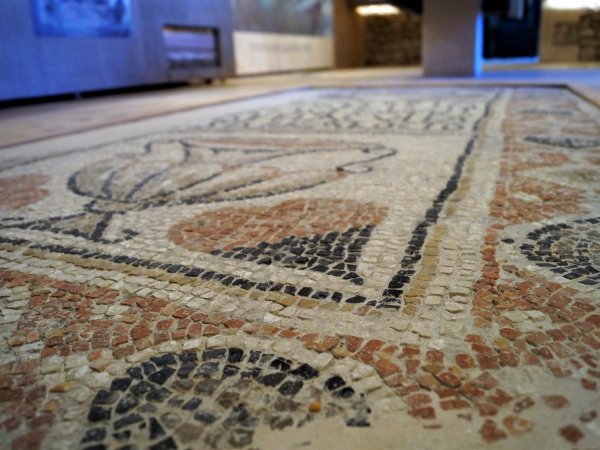 The area of Manacor during late antiquity

Some 30 sites that were inhabited by humans between 455 and 902 AD have been found within the municipal region of Manacor. Despite the scarcity of information about these groups, it seems that the majority grew crops and kept livestock.

There are two exceptions: Son Peretó and Sa Carrotja. At each of these sites, an early Christian basilica and a baptistery were discovered.

Son Peretó is located on an inland plain, on a sightly elevated site, surrounded by fertile agricultural land. The road that currently connects the site to Manacor already existed at that time. There were many settlements in the area in Roman, Vandal and Byzantine times.

Sa Carrotja, on the other hand, is located on the coast, on top of a cliff at Manacor harbour (Porto Cristo).

Basilicas were large churches where Christians met to pray and to celebrate Mass. They were decorated with paintings, fabrics, marbles, and mosaics, and were scented with sweet fragrances. Their interiors were illuminated by lamps, many of which were made of glass, and which produced a light that seemed to come from the celestial world.

At the basilica of Son Peretó, remains of stucco painted on the walls and a series of mosaics on the floor were discovered. These mosaics are one of the finest archaeological remains in the western Mediterranean.

The tesserae of the mosaics form palm trees, birds and geometric figures representing paradise. Fragments of glass lamps and lead wick holders have also been found.

The Son Peretó basilica is the largest in the Balearic Islands. It could hold about 400 people.

Both the basilica at Son Peretó and the one at Sa Carrotja have some things in common:

• they have three naves

• they are oriented to the east

• the baptisteries, where the faithful were baptized, are located at the foot of the basilica, with their pools in the centre.

In the display case dedicated to the basilicas and the baptisteries, you can see the remains of some glass lamps and lead wick holders, tesserae, ceramics (a terra sigillata bowl of African origin, a small amphora, a flat tile and a ceramic plate), and a bronze jug.

The only houses from this period which have been excavated at Manacor are those of Son Peretó. They are quite modest constructions, with only one floor and a maximum of three rooms. The people who lived in the houses cooked inside and there are storage areas for cereals and legumes.

At that time, the population of Son Peretó survived on what they grew (barley, oil and wine) and on the animals that they raised (goats, sheep, pigs, oxen and chickens).

Thanks to fragments of amphorae that have been found, we know that they also consumed wine and oil from Ibiza, North Africa and the eastern Mediterranean.

Remains have also been found of wild animals, such as rabbits, hares, small birds, tortoises and snails. In contrast, very few remains of marine animals have been found.

The display case dedicated to dwellings holds the following objects: a bronze vase, a lid, a plate and a tray made of African terra sigillata, a pot, a set of lamps, a stag-horn knife handle, a glass vase or lamp and a fragment of an amphora.

On the wall you can see two amphorae and a clay vessel, which were large food containers.

Christians had to be buried in a place where they could rest. In Greek, this place was called ‘koimeterion’, which is where our word ‘cemetery’ comes from. It is where the body rested, while the soul began a journey to hell or heaven.

It was also common to be buried in a church or near relics deposited there. It was believed that by being buried there, the deceased would be protected in the afterlife. That is why numerous tombs have been found inside and around the basilicas of Sa Carrotja and Son Peretó.

Most of the people buried in Son Peretó were between 20 and 40 years old. At that time, the life expectancy of men was 45 years and that of women was 30 years, since they often died during childbirth or from resulting infections.

In the display case dedicated to funerary traditions you can see the following objects: sets of coins, jewellery (rings, earrings, necklaces, cut gemstones, mother-of-pearl pendants), needles, a bronze bell, a set of brooches, a fragment from a funerary inscription, and a ceramic vase.

On the wall you can see a ceramic brick, a funerary inscription, a stone cross and the remains of a cross-shaped tomb cover.

Late Antiquity: The name of the transition period between Classical Antiquity

and the Middle Ages. In the Balearic Islands, it was between the Vandals’ conquest in the year 455 and the Muslim invasion in 902 AD.

Paleochristian: The art and architecture of early Christianity, between 200 and 500 AD.

Baptistery: A circular or polygonal building next to a church, where the faithful were baptized.

Vandal kingdom:  A Germanic civilisation which caused the fall of the Roman Empire

and created a kingdom in North Africa.

Byzantine Empire: The eastern part of the Roman Empire. The capital city was Constantinople (now Istanbul).

Relic: A part of the body of a saint or a related object, which is worshipped.